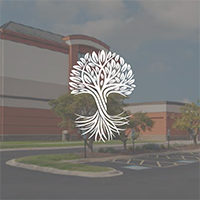 Last week, the Itasca Village Board issued its final vote, unanimously deciding, after minimal deliberation, to reject our zoning application to open a comprehensive substance use disorder and mental health treatment center. It was an outcome we expected and yet it speaks volumes about the stigma associated with this disease.

As the media coverage (Chicago Tribune, Daily Herald, WGN-9, NBC-5 and WBBM-780) details, Itasca Mayor Jeff Pruyn claimed our request was “unreasonable,” citing the size of the community and a worst case scenario that might result in increased demand on their EMS services. It’s a refrain we have heard for two years, often repeated by those who have ignored the evidence.

Case in point: we are a medical facility with trained doctors, nurses and staff; the majority of beds would be for recovery home patients, who are stable and do not generate 911 calls; Itasca currently has the capacity to handle additional calls; and we offered conditions of approval including contracting with not, one but two private ambulance companies.

Because Haymarket satisfied the zoning code standards, addressed the concerns of the Village and other taxing bodies and even offered a set of conditions to further alleviate those concerns, there is no legitimate reason under the Village’s zoning code to reject our application. Even more, there is no legitimate reason under the Fair Housing Act, the Americans with Disabilities Act and Section 504 of the Rehabilitation Act — all of which prohibit discrimination against those in recovery — for the Village Board to reject our application.

A decision of this magnitude may warrant a review by the courts. In the coming days, we will be considering all of our options. We will keep you informed as that plan takes shape.

Finally, we cannot thank our supporters enough for the incredible outpouring of support before and after this decision. We stand in solidarity with you as we continue this fight because we all know what is at stake.

Stay tuned, friends and supporters. Our mission to expand access to care is not over yet.